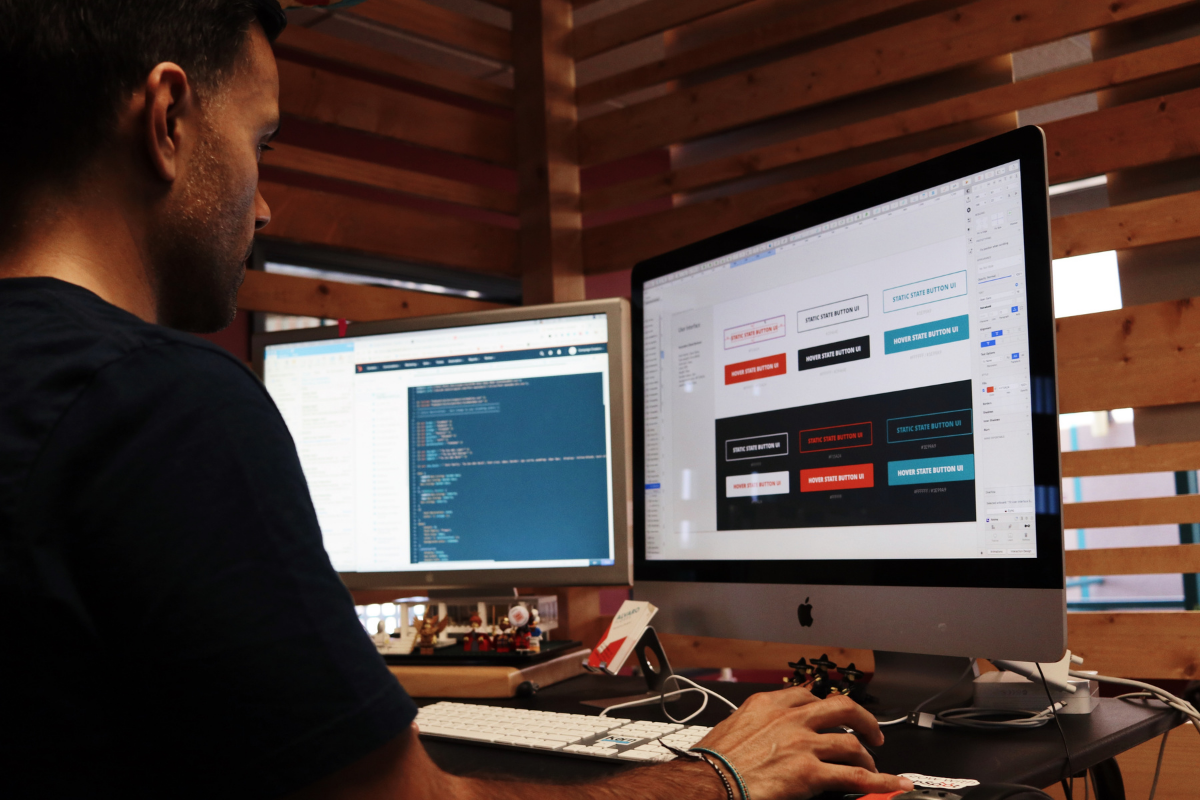 One of the most prominent facts about web design at the moment is that it has never been easier to create a website. Long-time internet users will remember the heady days of hand-coding in notepad and cobbling sites together in Dreamweaver — neither of which were particularly beginner-friendly. Today, in theory, the likes of WordPress and Wix mean anyone with time and impetus can put a site online in a few hours.

However, just because they can, doesn’t mean they should, especially when it comes to business sites. Part of what makes novice-friendly design tools so uncomplicated is that they rely on simplicity and templates. The former means your site won’t necessarily reach its potential in terms of functionality. The latter ensures that your site won’t ever be genuinely unique. In a world where businesses should make every effort to stand out in the crowd, it’s often worth investing in something special.

Don’t take our word for it either. Here are five fun facts about web design you might not be aware of that indicate just how vital professional web design can be for your company.

1. People Form an Opinion of a Website in 0.05 Seconds

Most business owners understand that first impressions count, and nobody has long to create one. That applies to websites, too. The average user forms an opinion on a brand based on its design within 50 milliseconds.

If a website is slow, poorly designed, unprofessional, and even broken in places, a visitor will most likely take the same view of the business as a whole.

When working online, companies don’t have the benefit of already having prospective customers on the premises. Instead, the competition is only ever a couple of clicks away. That’s why professional design services work to inspire confidence from the moment a visitor arrives.

2. Color Psychology Is Real, and It Matters

Settling for cheaper, more accessible options in web design can be tempting for numerous reasons, but theory and experience play a significant role in high-quality design. Color psychology is a perfect example, as the colors chosen for branding and the website as a whole can make the difference between a sale and an increase in bounce rate.

A surprising 39% of site visitors value color over any other design element on a web page. Different ones trigger various emotions, and a great designer will consider what the business wants to achieve and then create a palette accordingly. For example, red is ideal for products and services meant to excite, while blue works best for any brand that wants to build trust.

3. Mobile Design Is Arguably More Important Than the Desktop Equivalent

The rise of mobile devices as primary online access points won’t come as a surprise to anyone. In Q1 of 2021, 54.8% of web traffic was generated by mobile devices, and that figure doesn’t even include tablets.

It makes perfect sense to design for the audience, and this is where an experienced designer can vastly outdo themes and templates. Most page builders cope well with creating responsive layouts, but they often take full sites and display them differently for smaller screens. There’s no customization involved. This approach not only leads to many sites looking the same on mobile devices but a lack of dedicated functionality for mobile users.

A shocking 57% of internet users state that they won’t recommend a business with a poorly-designed mobile site to others. For any business that thrives on word-of-mouth marketing, seeing it cut by over half can lead to a significant loss in revenue — and probably more than the price of keeping professional web designers on retainer.

Furthermore, 85% of web users believe that a business’s mobile site should be as good as their desktop one, if not better.

The number of potential customers accessing websites through their phones and tablets has risen every year since 2015, and there is no reason to believe that this will change. Even if it only remains consistent, that’s more than enough of a reason to ensure that corporate sites are as responsive and unique as possible.

4. Speed Matters and Often Comes Down to Design

Online shoppers aren’t always the most patient crowd, and there are numerous reasons to ensure that any business website is as fast as possible.

A 2016 study indicated that 53% of users accessing a site through a mobile device would leave if the website took longer than three seconds to load. In another report, a not-insignificant 7% of users said that they would leave a site if it failed to load immediately.

Speed has always mattered in e-commerce for user experience alone. However, since Google announced that page speed would serve as a ranking factor, it has taken on even greater importance. As a result, slow sites will appear lower in search results, potentially eliminating some of that precious — and free — organic traffic.

It’s tempting to point fingers at the hosting company when things aren’t as fast as hoped. However, while their hardware could be a factor, it’s impossible to overlook design. For example, Google itself has stated that mobile page speed is a visual designer’s problem. Similarly, page builders that are highly accessible for novice site builders may be convenient, but their code is often bloated and difficult to render promptly.

Entrepreneurs and employees that are tempted to create their own website will often be just as interested in making their own logo and other visual assets. Just as the likes of Wix and Squarespace have made page building more accessible than ever, tools like Canva have done the same for graphics.

There are similarities between each of these tools, not least that they rely heavily on existing templates. Unfortunately, that takes away uniqueness in branding and can result in a missed opportunity when sending a message or evoking emotions through design.

According to the Missouri University of Science and Technology, the average visitor spends six seconds looking at a site’s logo. These are the same visitors that will have already left if a site hasn’t loaded entirely within three seconds. They spend longer taking in the logo than any other individual element on a site, which must be factored into the design process.

Expert designers consider placement rather than putting the logo wherever the theme or template dictates. They think about colors, shapes, and positions. They think about the website and its goals and determine what happens if someone clicks the logo.

This all ties back into the original statistic on first impressions, too. Even the most straightforward logos can create a sense of trust or professionalism. They can demonstrate that a company takes its web presence and visitors seriously rather than pulling together bits of clipart and the brand name in an unusual font.

Facts About Web Design with Vervology

What all these surprising web design facts have in common is that they can, at least at some level, be resolved by a clear strategy and reasoned approach. When a business has a clear target in mind, the design comes together effortlessly in the hands of experienced professionals.

Vervology specializes in outstanding design driven by a technical approach. The team combines experience and expertise with the unique requirements of each client to put together websites, content, and marketing assets that all push toward a common purpose. In many cases, that means greater brand visibility and a significant boost to the bottom line.

From unique logos to page designs that inspire, we can take care of every aspect of a successful commercial website. With our hosting and management plans, we can even exercise control over page speed, accounting for both hardware and design choices.

So, to make a fantastic first impression in record time, with the content and other assets to build trust and encourage sales like never before, get in touch with the Vervology team today.